Iran’s answer to sanctions – Set up a kangaroo court

It appears that the renewed US sanctions on Iran are beginning to bite. The European signatories to the JCPOA nuclear deal – the so-called E3 (UK, France and Germany) – have attempted to soften the blow of the restrictions. But despite their best efforts, there seems to be little doubting the impact the renewed sanctions are making. Leaving the ongoing diplomatic fallout aside, in purely financial and economic terms, the ripple of sanctions is spanning both borders and industries.

For a start, individual companies are thinking twice about their involvement in Iran, or ending their interests altogether, for fear of incurring the wrath of Washington. For example, according to Joe Barnes in the UK’s Daily Express, German car manufacturer Daimler has frozen plans to do business with Tehran, while Reuters reports that UK company Quercus has pulled the plug on building a $570 million solar plant in Iran.

The impact of sanctions has spilled over into the most diverse of markets. Even aviation underwriters have found themselves unsure whether they are still able to cover international routes to Tehran. Meanwhile, according to Bloomberg‘s Ania Nussbaum, thousands of cows have been left stranded in northern France, grazing the fields of Normandy, after banks declined payment on their planned shipment for slaughter in Iran. 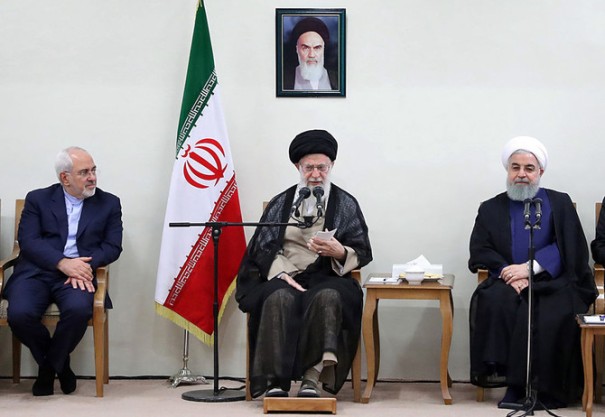 Unsurprisingly, the oil market is also feeling the pinch. This is even before planned US sanctions specifically target the industry in November. Already, the uncertainty is having an impact, with prices on the rise. ANZ bank commented this week, that “all eyes have been on the impact on crude oil exports” from Iran and that “maintaining global supply might be very challenging.”

The uncertainty over oil has had a perceptible negative impact on India, which relies heavily on Iranian crude. According to experts, India’s authorities are doing all they can to keep prices low. Iraq too is feeling the effect of the Iran sanctions, with many Iraqis having invested or indeed banked in Iran, due to what had been considered the relative stability of Iran’s currency, the rial. As the Washington Post‘s Tamer El-Ghobashy notes, matters have been made worse with Iran’s banks placing limits on withdrawals as the rial has crashed in value.

But, who is really to blame for the plummeting rial? After all, it had been on the slide long before Washington re-imposed sanctions. Quite simply, the gross mismanagement of Iran’s leaders is responsible for the currency crisis and the country’s overall economic dire straits. The Tehran government has consistently placed ideological military conflict before the welfare of Iranian citizens. While Iranians have become progressively poorer over the past decade, by an average of 15 per cent, the country’s military budget has increased by 128% during just the last four years. Many Iranian citizens are clear-eyed and increasingly see the situation for what it is. During the past several weeks, they have frequently taken to the streets to protest, tellingly chanting “death to the dictator,” in reference to Supreme Leader Ayatollah Khamenei.

But of course, Ayatollah Khamenei, President Rouhani and the rest of the Iranian leadership won’t have any of it. Under no circumstances will they admit their culpability. So, who to blame when your own people are pointing the finger not outwards, but inwards? The Iranian government has found the answer, by locating enemies from within, whether real or imagined. Thanks to orders from on high, special corruption courts have been hastily assembled in order to carry out “quick and fair” punishments in the words of Khamenei. Reuters reports that already, 67 people have been arrested for alleged financial crimes. Iranian officials claim that the ‘suspects’ are taking part in an “economic war” being waged by foreign enemies, responsible for the rial’s crash and more. Those arrested include a former central bank deputy, and some face charges carrying the death penalty, according to Iran’s judiciary.

It is hardly likely that the timing of this swift judicial action against corruption and financial crime is coincidental. The corruption courts are kangaroo courts designed to deflect blame and focus public anger over the state of the economy elsewhere. Iran is far from the first repressive regime to invent opponents of the nation for its own purposes of self-preservation. But the tactic is particularly insulting towards the Iranian people, who well know where the real mismanagement and corruption has been taking place. It is for good reason that crowds protesting recently chanted “the nation is forced to beg while the leader lives like God”.

It was perhaps inevitable that US sanctions in Iran would have widespread and sometimes unforeseen consequences. One of Washington’s goals in re-imposing restrictions though, was likely to browbeat Iran’s leaders into changing course – To begin to choose the path of freedom over oppression. However, Tehran’s corruption courts show that if this is the case, then there is a very long way to go.