Turkey joins Iran in the shift from diplomacy to military force

Turkey and Iran have become buddies again. The increased visits and coordination between Iran and Turkey indicate a common fear, derived from the phenomena of the Kurdish referendum.

As reported extensively in different media outlets, the Turkish chief of General Staff General Hulusi Akar visited Tehran recently, and both sides agreed upon increased bilateral cooperation in matters of, termed by them, “security and counter-terrorism, against existing threats and risks“. The Iranian chief of staff, Major General Mohammad Bagheri, did not hide the fact that one of the key issues uniting Turkey and Iran is the opposition to the outcome of the Kurdish referendum. He is quoted “We share a common stance on not accepting the referendum”.

They share a common failure. They both warned against the referendum, tried to prevent it from taking place by spreading blunt threats and despite their efforts the Kurdish people went forth and voted on block in favor of independence. Their warning and military posturing did not deter the Kurds. 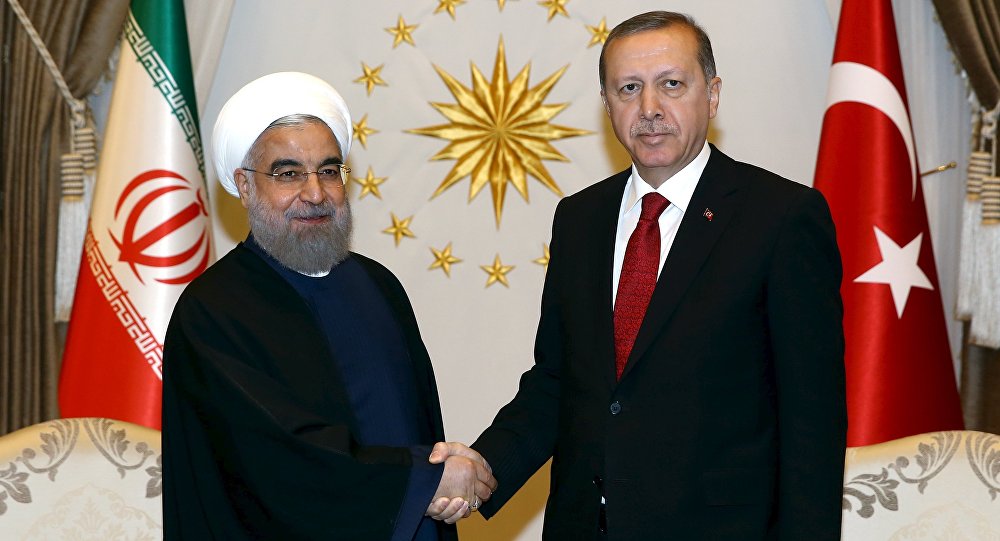 Former Turkish ambassador to Iraq, Unal Cevikoz, interviewed by voanews, construes that Turkey is now looking at a change in its foreign policy, considering the use of force as a viable option for realizing its foreign policy objectives. He summarizes “and that is dangerous”. The article talks about a shift in Turkish policy, from “foreign policy” to force projection.

Turkey has a good partner to learn from. Iran recently admitted their use of “non-state instruments of power” (see iran2407), and has adopted the use of military or para-military force to enhance foreign policy influence, already long time back. Iran has increased its financial allocations to the Quds force, has reaffirmed its commitment to the Hezbollah and resistance axis in Lebanon, has turned the Hezbollah into one of its most important instruments in the drive for regional supremacy, recruits and finances Afghan and Pakistani Shiites to fight in Syria, arms the Taliban, has increased its support of the Hamas so much so that they have become Hamas’s largest backer. These are just a few examples of an Iranian shift from diplomacy/foreign policy to the use of hard power. In Iran, the military projection by IRGC has always over-shadowed the foreign policy. Now Cevikoz notes the same trend of increase of military influence over foreign policy in Turkey.

So, viewing the common threat of minority unrest, and possible demands of independence, as can be learned from the Kurdish referendum, it should come as no surprise that Turkey is learning from Iran to resort to increased military hardware over diplomacy.

Turkey and Iran seem to be losing their “sweet attraction”. This will lead them down the path of increased military involvement to hold their regimes together.