Home › Human Rights › Being Jewish In Iran: Living in a Gilded Cage and Never Being Free

Being Jewish In Iran: Living in a Gilded Cage and Never Being Free

Iran’s record on fair and equal treatment of minorities is troubling at best, with the Islamic republic notoriously persecuting Baha’is (including through economic and educational apartheid), punishing Christians for outwardly expressing their faith, and cracking down on Sunni Ahwazi Arabs on a regular basis. And yet, despite all this, Iran often boasts of its “tolerance” towards other religions – and particularly towards the country’s Jewish community, numbering tens of thousands. Apparently, Tehran does not consider events such as the Holocaust Cartoon Contest, television shows on “Jewish sorcery,” books proudly touted as Iranian “versions of Mein Kampf,” or the AMIA bombing of 1994 as blatant indications of, say, anti-Semitism and prejudice.

But if Tehran doesn’t view these and other events as signs of intolerance, bigotry, and persecution, the media certainly should – and paint a more precise picture of life for minorities in Iran than the one the regime itself tries to promote.

As we have written in the past, minorities in Iran face a precarious situation, often having to “go underground” and hide their faith and customs, or execute self-censorship or be constantly wary of “rocking the boat” in public. Sometimes, the Western media coverage of minorities in Iran does this precarity justice, protesting the mistreatment of minorities and exposing the discrepancy between Tehran’s rhetoric on “tolerance” and its actions de facto. At other times the coverage, while attempting to romanticize depicts Iran as a “paradise” for tourists, distorting the reality faced by minorities in Iran under what is in fact a theocratic Shi’ite regime. 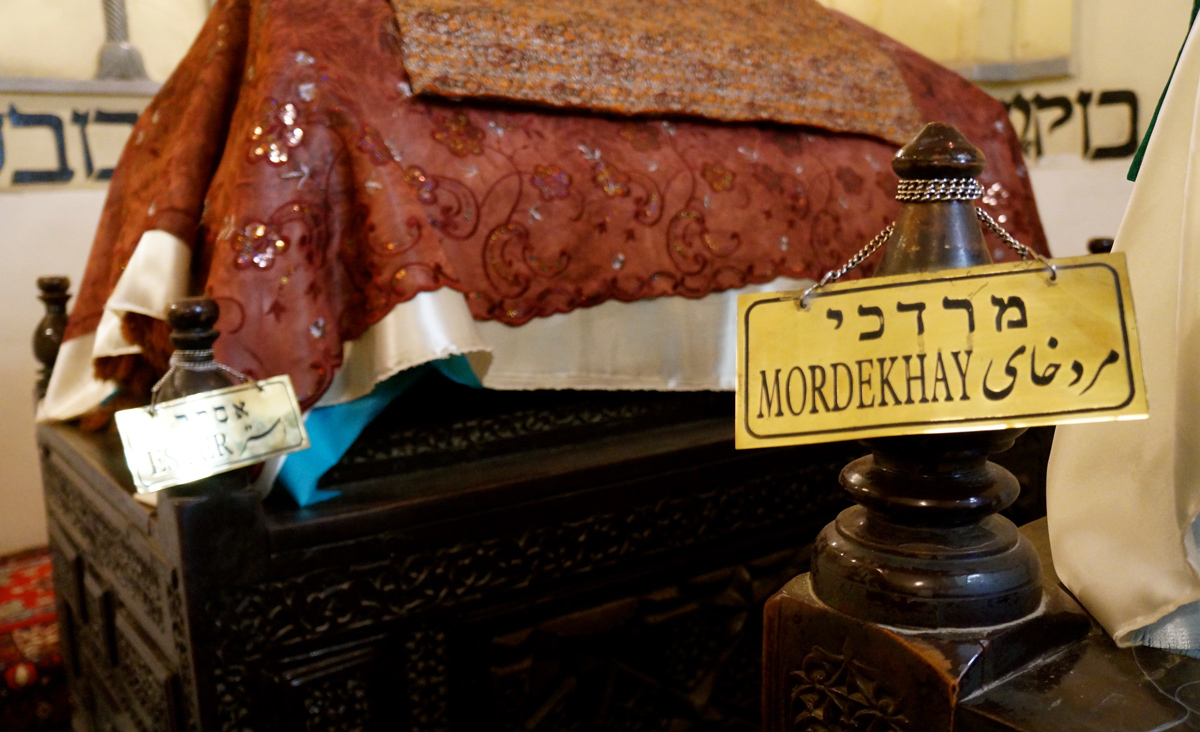 The tomb of Esther and Mordecai in Hamadan, Iran.

But recently, an account of Iranian Jewish life written by a Swedish Jewish journalist, Annika Hernroth-Rothstein, shed some light on the difficulties faced by this dwindling, beleaguered community, often the subject of the Iranian regime’s boasts in its futile attempts to prove its tolerance. Hernroth-Rothstein’s account painted a complex, dichotomous picture of a community under confinement “in a gilded cage” – not persecuted outright, but not free; harboring pride in being Iranian mixed with wariness at having to live a “careful,” religion-centric, strictly apolitical life under the oppressive control of the Iranian regime; a community enjoying some privileges, but beset by travel restrictions, constant suspicion, exclusion from the political sphere, and the need to prove its loyalty to the regime, as well as by heavy incentives to convert to Islam rather than continue living as Jews. Apparently this is Iran’s version of “tolerance”.