Is NIAC the Contrast of AIPAC?

With clashes between US President Barack Obama and the incoming Republican Congress already looming on the horizon, some raise fears that come January, a nuclear deal will grow ever more elusive – and that failure to sign one, “if that is what eventually transpires, will be all the more cataclysmic.”

Though US Vice President Joe Biden rejected calls for more sanctions this weekend, despite admitting there was a “less than even shot” of a deal being reached, Congressional Republicans – and some Democrats – are reportedly poised to push for them.

Some opponents of Tehran’s nuclear ambitions, both in Congress and outside it, have already spoken up about the dangers of giving Iran more time without upping the pressure on it – most recently The pro-Israel lobby AIPAC, which said that it was “essential” that new sanctions be passed.

We weren’t surprised to see the lobby group’s call being denounced by left-leaning bodies and outlets. But it was one response in particular that drew our attention – that of the National Iranian American Council (NIAC) and its founder, Trita Parsi. 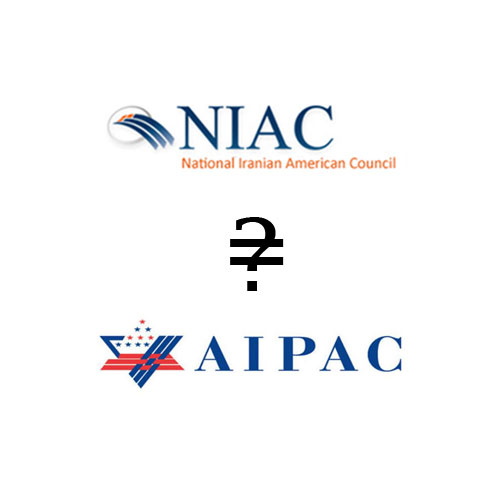 In an email sent out last week, part of which was published by Mondoweiss, Parsi called on the NIAC’s supporters to “make a generous (monetary) contribution” to the organization to ensure that the sanctions championed by AIPAC would not pass.

Wait a minute. On its website, the NIAC is described as “dedicated to advancing the interests of the Iranian-American community,” while Parsi’s personal website states that it was founded as a “non-partisan, non-profit organization through which Iranian-Americans could participate in American civic life.”

Has the NIAC, which itself is acting more like an Iranian lobby group than a nonprofit dedicated to “participation in civic life,” asked the Iranian-Americans it claims to represent, many of whom are rights activists, exiles and dissidents, how they feel about promoting the interests of the Ayatollah regime in Tehran – or about the prospect of a nuclear Iran?

3 comments on “Is NIAC the Contrast of AIPAC?”