Are Those Cracks In Iran’s ‘Online Diplomacy’?

Iran’s online diplomacy has been the recipient of much praise in the Western world in recent months, particularly since the election of President Hassan Rouhani on a moderate ticket last June. From Rouhani himself to Foreign Minister Mohammad Javad Zarif, the social media presence of Iran’s ruling elite couldn’t be ignored – least of all by its Western audience.

The Western world eagerly followed the tweets and posts of Iran’s online diplomats – particularly those reporting on the nuclear talks. One such “Twitter Minister” has received special attention in recent days – not for what he’s tweeted, but for what he hasn’t.

The nephew of Iran’s deputy foreign minister, Ali Araghchi, was once hailed by The New York Times and others for tweeting “crazy” backstage images from the nuclear talks. 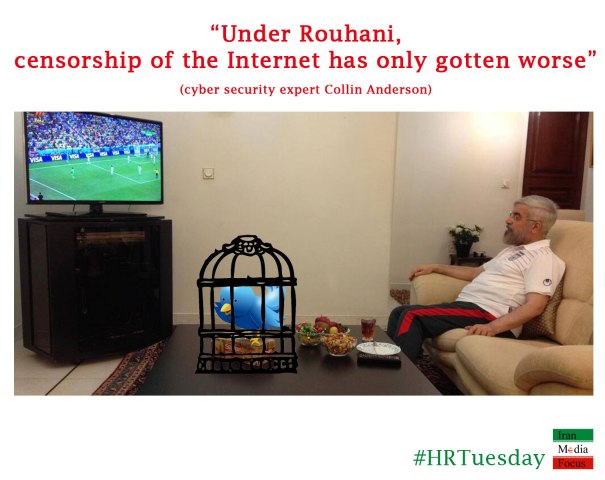 But then suddenly he disappeared, and over a year has passed since then. And where has Araghchi been in all that time? Silent. So silent, apparently, that Buzzfeed undertook an investigation into his disappearance from the Twitterverse. In response, Araghchi said that he would start tweeting again – but only about Iran’s tourist sites (He has already tried that strategy before – on Instagram, where his #MustSeeIran hashtag was used by dissidents to caption photos of executions and other human rights abuses in the country in protest.)

Other cracks have appeared in the strategy of Iran’s “Twitter Ministry,” too – the largest of which concerns the Iranian ban on Twitter (and other social media) itself.

As rumors abound that within a few months, Iran will have “smart filtering” in place to block internet users from accessing “immoral” content, it is becoming harder and harder to ignore the fact that platforms used by Iran’s leaders, including the virulently anti-Western Supreme Leader Ayatollah Ali Khamenei, to engage with the West, are banned in Iran itself.

For one woman, at least, the discrepancy didn’t go unnoticed. In a recent article, LA-based Iranian activist Sofia Moray pointed out that the Twitter activity of Iran’s leaders – in English, no less – was just as hypocritical, “fishy” and “offensive” as “the late Kim-Jung Il’s Hollywood movie collection.” Is the target audience of Iran’s social media outreach beginning to realize there’s something fishy in the Twitterverse?

One comment on “Are Those Cracks In Iran’s ‘Online Diplomacy’?”